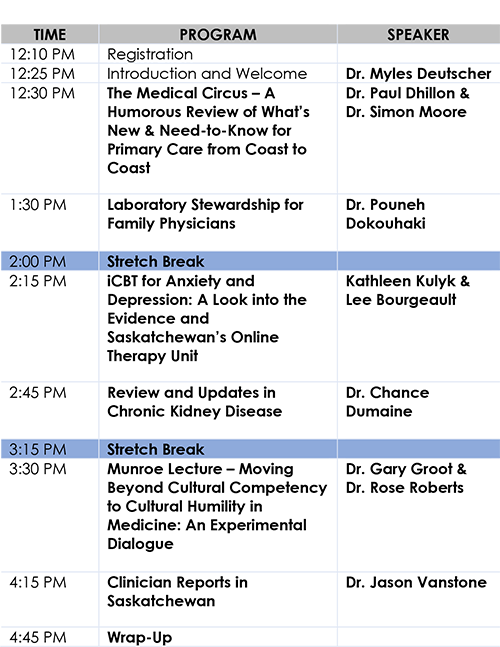 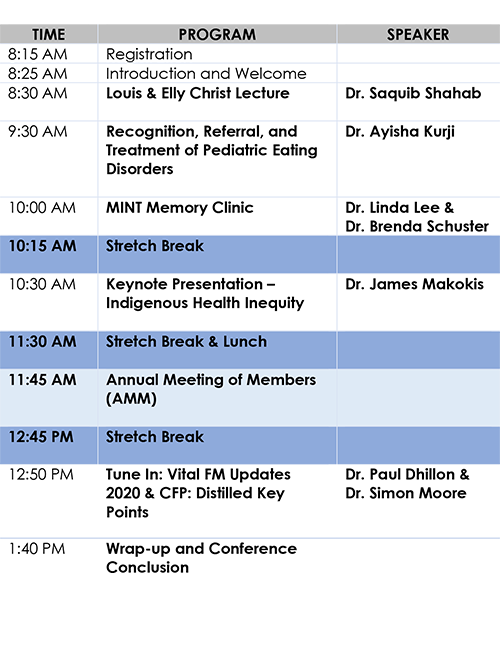 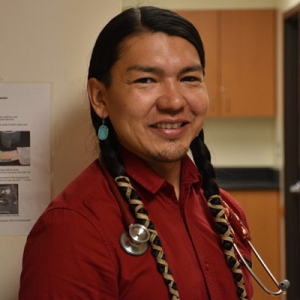 Dr. James Makokis is a proud Cree, Two-Spirit doctor from Saddle Lake First Nation in northern Alberta. He is the leader of a progressive transgender focused medical practice and facilitates the wellness of Transgender people through supporting hormone replacement therapy. He is known as one of Canada’s most progressive doctors and experts on numerous topics and is on a mission to serve marginalized populations and to change outcomes for Indigenous and LGBTQ2+ peoples. He and his partner, Anthony Johnson, were recent winners of the Amazing Race Canada.

Dr. Makokis has received international attention for his holistic approach to medicine. He is also one of the few doctors that combines traditional Cree and Western practices. Known for his compassion, numerous accomplishments and his unique insights, Dr. James Makokis has inspired all types of Canadians to challenge stereotypical and often discriminating views towards First Nation and LGBTQ2+ peoples. He has worked from travelling alongside former Governor General Michaëlle Jean on a diplomatic mission to Brazil and had the rare opportunity to work next to Dr. Patch Adams in the Amazon Jungle. He also received certification from the Aboriginal Family Medicine Training Program and served as the Spokesperson for the National Aboriginal Health Organization’s Role Model Program for many years. 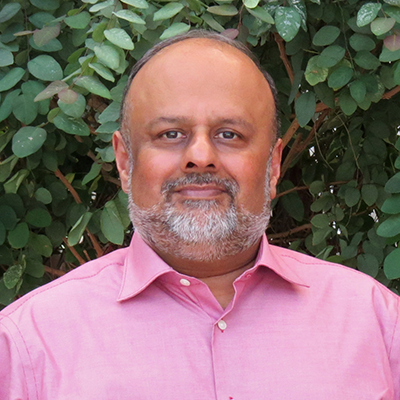 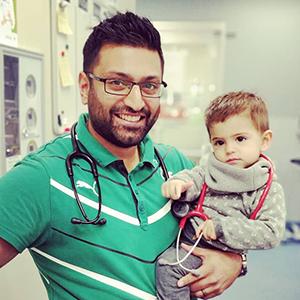 Read Bio
Dr. Paul Dhillon is a rural physician in Sechelt, BC. He completed medical school at the Royal College of Surgeons in Ireland (RCSI), residency in Regina, SK, and further training in Disaster Medicine and Tropical Medicine. He has worked across Saskatchewan and the NWT as a rural locum and now enjoys working as a Reservist Medical Officer with 12 (Vancouver) Field Ambulance. He has also been the editor of The Surprising Lives of Small-Town Doctors, which contained many stories from members of the Society of Rural Physicians of Canada (SRPC) in its pages. He met his wife Sarah in the pub down the road from RCSI and they have 2 wee boys. 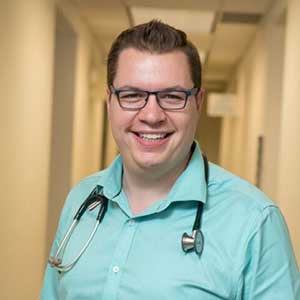 Read Bio
Dr. Simon Moore hates boring lectures. He is an award-winning speaker to medical and corporate audiences and provides training and consulting to speakers, universities, and national medical conferences. He founded The Review Course in Family Medicine and the Vital FM Update conferences. He practices clinically in Urgent Care and Indigenous Health and is a former President of the Resident Doctors of Canada. 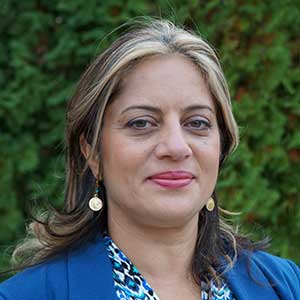 Read Bio
Dr. Pouneh Dokouhaki is a General Pathologist with specialized training in Immunology and Transplantation Pathology. She has interests in clinical quality improvement and laboratory stewardship. Dr. Dokouhaki is currently practicing as a Renal and Transplant Pathologist at St. Paul’s Hospital in Saskatoon and also serves as Medical Lead for the Provincial Immunodiagnostic Program as well as the Laboratory Utilization Committee for Saskatoon. 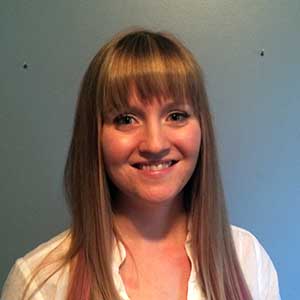 iCBT for Anxiety and Depression: A Look into the Evidence and Saskatchewan’s Online Therapy Unit

Read Bio
Kathleen is a Registered Nurse and the Saskatchewan Liaison Officer for CADTH, a national non-profit research agency responsible for providing healthcare decision-makers and clinicians with objective evidence on clinical topics.

Kathleen began her nursing career in the Lloydminster Hospital working in many departments, but finally settled in the operating room. She continued her career in the OR at RUH in Saskatoon before joining the team at CADTH 7 years ago. She has a Master of Nursing degree from the U of S and is currently based in Saskatoon. 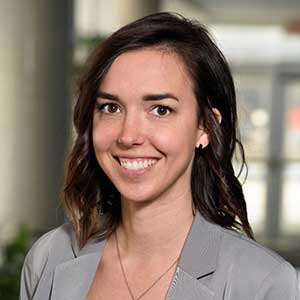 iCBT for Anxiety and Depression: A Look into the Evidence and Saskatchewan’s Online Therapy Unit

Read Bio
Lee Bourgeault is an eTherapist at the University of Regina’s Online Therapy Unit (OTU) and has worked with the unit in both research and service delivery roles for over five years. After completing her undergraduate degree in Psychology at the University of Regina, Lee went on to complete her Master’s degree in Counselling Psychology at McGill University. In her current role as an eTherapist, Lee provides counselling support to Saskatchewanians enrolled in OTU’s course via secure messaging and telephone. 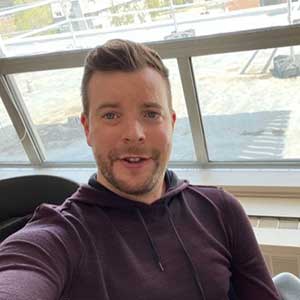 Read Bio
Dr. Dumaine completed his Nephrology training at the U of S in 2016. Following this, he completed a Clinical Fellowship in Hemodialysis and Vascular Access at the University of Calgary while completing his master’s studies. During his MSc, his research focused on improving the health-related quality of life in his patients with end stage renal disease, with a specific focus on home hemodialysis and nocturnal hemodialysis. He began full-time practice with the Saskatoon Nephrology Group in 2019, and in addition to his clinical practice, he serves as a Research Facilitator for the Nephrology Fellowship Program. 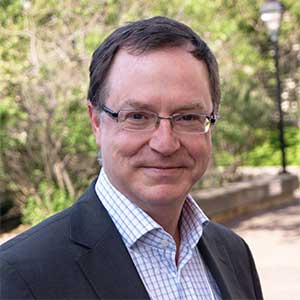 Read Bio
Dr. Groot is first and foremost the father of four wonderful boys. He is a Clinician-Scientist and Professor in the College of Medicine where he holds a joint appointment in the Departments of Surgery and Community Health and Epidemiology. He is the Director of Surgical Oncology and Clinical Co-Lead of the SHA’s Appropriateness of Care Program, and faculty with the Health Quality Council’s Clinical Quality Improvement Training Program. In these various roles, he bridges the evolving needs of the health care system with his research interests in clinical quality improvement and health services research. 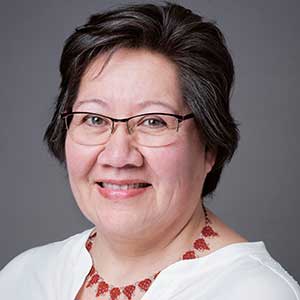 Read Bio
Dr. Roberts is a Nihithow Iskwew from the community of Stanley Mission and a member of the Lac La Ronge Indian Band. She was raised speaking the Nihithow language and playing in the rocks, water and trees of the Precambrian shield – until she was sent to residential school at the age of 6. As part of her healing journey, she has reclaimed her trapping, hunting and harvesting heritage. She is a licensed trapper and runs a trapline at Hickson Lake, SK. She is also the Secretary/Treasurer of the Northern Saskatchewan Trappers Association.

Rose has an undergraduate degree in Nursing, and masters and doctoral degrees in Community Health and Epidemiology. She has held faculty positions at the College of Nursing and School of Public Health at the U of S and is currently the Educational Development Specialist in Indigenous Education and Engagement at the Gwenna Moss Centre for Teaching and Learning at the U of S. 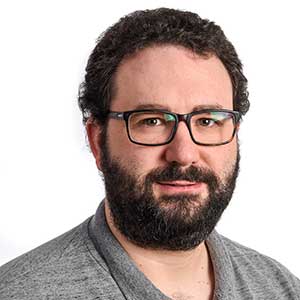 Read Bio
Jason grew up in Regina and completed his BSc in Biology at the U of R in 2006. He completed his PhD in Cellular and Molecular Medicine at the University of Ottawa in 2013, where his research focused on regenerative medicine. Following a post-doctoral fellowship in rare disease research at the Children’s Hospital of Eastern Ontario, Jason returned home to Regina in 2015. In 2016, he began working with the Regina Qu’Appelle Health Region (now Saskatchewan Health Authority) and is currently the Research Scientist for the Stewardship and Clinical Appropriateness Department. 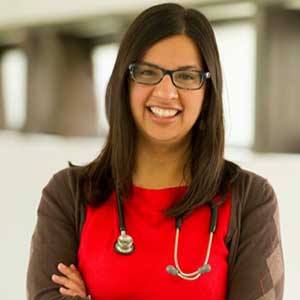 Read Bio
Dr. Ayisha Kurji is a general pediatrician and mum of two kids in Saskatoon, SK. She completed medical school at the University of Calgary in 2004, and her residency in Pediatrics at the U of S in 2008. Although Saskatchewan wasn’t home, and she had no intentions of staying after training, she would never leave.

Ayisha practices both in-patient and out-patient general pediatrics at the Jim Pattison Children’s Hospital. She has interests in medical education, patient safety, and quality improvement, as well as in the medical management of eating disorders. With her eating disorders hat, she provides a consultative service for patients admitted to both pediatrics and psychiatry with eating disorders and is the physician lead and one of the creators of Youth Nourishing Connections, an inter-disciplinary clinic for outpatient management. Although based in Saskatoon, this team also provides care for children and youth in other areas of the province as needed. She has presented locally, provincially and nationally for medical audiences, but some of her favorite presentations are the ones she has done in the community for parents, teachers, and school classrooms.

When she is not working, Ayisha can usually be found curled up with a book, baking with her kids, or trying to see the Northern Lights.

The Louis and Elly Christ Lecture is named in honour of Drs. Louis Christ and Elly Christ. This award recognizes the importance of family medicine to our patients and communities and looks to celebrate accomplishments outside the medical expert role.

Dr. Louis Christ is remembered for his kind and relaxing manner, his great smile, deep laugh and of course, his cigar. Dr. Elly Christ was a kind-hearted and caring soul who delighted in uncomplicated things – puzzles, needlework, telling stories about her children, peppermints, and chocolate. She had a unique ability to decipher patterns in puzzles and was an accomplished needlework artist.

Louis and Elly were married on April 7, 1953, and immigrated to Canada in June of that year. Louis did an Internship at Saskatoon City Hospital and passed the LMCC in 1955. After 2 years of Internship, he did a locum with Drs. Anderson, Wensley, Hawes and Allen. In the fall of 1955, he started Psychiatry at the Weyburn Mental Hospital and the following year joined the practice of Dr. Anderson & Partners until June of 1960 when he joined the Department of National Health & Welfare in Sydney, Nova Scotia. He returned to Saskatchewan in 1962 to join the practice of Dr. Graham Mainprize at Central Butte.

Five years later he started a Master’s Program in Sociology at Carlton University in Ottawa and then joined the Department of Social and Preventative Medicine at the University of Saskatchewan in August of 1969.

Upon arriving in Canada, Dr. Elly Christ took on work as a nurse’s aid until she secured an internship of her own. After her internship Elly worked as a general practitioner, often part-time to ensure she was at home for her children. She eventually focused on occupational health and safety and worked for many years at the Health Office at the Royal University Hospital in Saskatoon until her retirement at age 65 to dedicate more time to the crafts that she loved.

In February of 1980, Dr. Christ was diagnosed with lung cancer and sadly died on February 9, 1983. Elly passed away quietly on January 27, 2016. Drs. Elly and Louis Christ were married for nearly 27 years. The award is in their memory.

The Saskatchewan Division of the Canadian Cancer Society established the Annual Munroe Lecture, given at the Family Medicine Conference, as a memorial to Dr. Federick D. Munroe. The lecture is given by a noted North American specialist on a topic related to cancer.

Dr. Federick D. Munroe was one of the prime Canadian leaders in the fight to beat cancer in the early years. Dr. Munroe embarked on an extensive educational program which alerted the public to the awareness and importance of early detection of cancer.

In 1929, he left private practice to take a seat in the Saskatchewan Legislature, where he was appointed the Minister of Health. He was responsible for the first legislation dealing with cancer to be introduced in a parliament in the British Commonwealth and was instrumental in the establishment of the first Cancer Foundation in Canada, which was originally set up in Saskatchewan, and has since been duplicated by most other provinces across the country. He was also the prime instigator in the establishment of the Canadian Cancer Society – another first for Saskatchewan! The founding meeting of this Society was in Regina on May 27, 1938.

Through the dedicated efforts of this extraordinary man, a solid foundation for cancer control was laid, which has been adopted Canada wide, to make the public aware of their responsibility in early detection, and to assist and educate physicians and other healthcare professionals in this vital work.