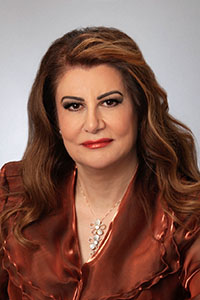 This award means so much to me, and I want to start by thanking those who nominated me, and the selection committee. My childhood dream was always to be a doctor. To me, being a doctor meant staring death and disease in the eye and finally having the tools to fight back. I began my medical education in Kurdistan, Iraq, where I received my medical degree at the University of Salaheddin in 1986. I went on to pursue residency in Obstetrics and Gynecology and received my Diploma in 1995 at the University of Baghdad in Iraq. Due to an ongoing genocide and war in my country, I was forced to flee and immigrated to Canada as a refugee. In Canada, I received my CCFP through the University of Saskatchewan in 2002. In 2013, I received my FCFP from the Canadian College of Family Physicians.

Life in Canada was difficult. I was a single mother, and was forced to adapt to a new culture, lifestyle, and way of life. Here, however, I was able to reclaim my freedom, away from the terrors of war, and become my own person. I built a group of precious friends and colleagues and started my practice at the Regina Community Clinic after receiving my CCFP in 2002. I have practiced at the Clinic ever since, alongside a team of talented and kind-hearted physicians, staff, and nurses. In 2019, I began a practice at the Chronic Pain Clinic, where I deal with sensitive patient populations who deal with chronic pain and opioid use disorder. I received training and certification to use neuromodulators for treating migraine headaches and TMJ dysfunction. This work challenges me to open my heart and mind to the suffering of my patients as I do my best to find remedies for their pain or addictions.

My parents were teachers, and now I follow in their footsteps by vigorously engaging with educating the new generation of physicians. In 2006-2013 I was appointed Clinical Assistant Professor by the University of Saskatchewan and began teaching residents and then medical students. In 2015, I was promoted to Associate Professor, and have taught hundreds of students and residents. I primarily teach clinical skills, advanced communication skills, and general medicine while addressing competencies related to more niche patient populations, like immigrants and patients with chronic pain. I am actively involved in both undergraduate, and postgraduate medical education, spending almost every week with students.

Given my own history as a refugee, a woman, and a person of colour, a considerable part of my practice interacts with immigrants, women, refugees, and people of colour. At the Regina Community Clinic, I am the physician lead for the Refugee Health Committee. I frequently give refugee health lectures to family medicine and psychiatry residents. As well, I have both published research on and supervised graduate thesis on immigrant and refugee health. I am a SIPPA assessor and evaluator, where I introduce International Medical Graduates to the Canadian health care system, and assessing their competency to practice in Canada. I was also a consultant at planned parenthood in 2008, where I was able to make a difference in many women’s lives. As a volunteer, I also put every Saturday between 2010 and 2013 at the SEARCH program as a mentor for medical, pharmacy, and social work students to help better the lives of the people in the North Central Community and my students.

If my headstone is comprised of 4 things when I pass, I hope it says, kind person, good doctor, good teacher, and good mother. My dedication to these 4 things are a core part of my identity, and they have given me a place on this earth. While the work we do may not be remembered in perpetuity, I would not have spent my life doing anything other than what I do now. 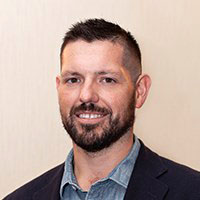 Dr. Kevin Wasko is a practicing emergency physician with Trillium Health Partners in Mississauga, ON. He was previously the Physician Executive for Integrated Rural Health with the Saskatchewan Health Authority and was jointly responsible for the delivery of health care services across rural Saskatchewan.

Dr. Wasko grew up on a cattle ranch near Eastend, Saskatchewan. He lived and worked in Swift Current, SK from 2011 to 2022, initially moving there to pursue family medicine residency in the newly created Swift Current training program.
He then practiced full scope family medicine in the city prior to taking on the role as Physician Executive in 2017.

Kevin was the Executive Sponsor for the development of Health Networks across Saskatchewan, advancing the vision of an infrastructure that will serve as the organizational unit for the Saskatchewan Health Authority while simultaneously serving as a tool to enable interdisciplinary team-based care in the community.

Dr. Wasko was the physician co-lead on the Saskatchewan Health System Transition Team in 2017, leading work in the areas of physician engagement, medical governance and the academic mandate when a new provincial health authority was launched. He is an assistant professor with the University of Saskatchewan’s College of Medicine, was an Action Canada fellow through the Public Policy Forum in 21/22, and is a Surveyor with Accreditation Canada, evaluating Canadian health systems against recognized national standards for quality patient care delivery.

SCFP AWARDS OF EXCELLENCE
For contributions to interprofessional care and obstetrical practice in her community. 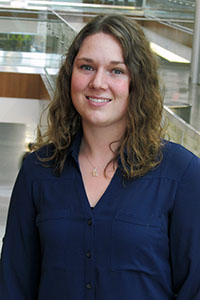 Dr. Erin Beresh is a family physician with obstetrical surgical skills (OSS) based in Melfort, SK. She attended the University of Saskatchewan for undergraduate and postgraduate medical studies and completed her certificate of added competency in OSS in Winnipeg, MB. She is in her third year of general rural practice and is working with her local team to improve quality of care and team dynamics as it relates to reproductive healthcare. She is passionate about supporting patient autonomy and providing safe obstetrical care close to home for the families living in the North East.

SCFP AWARDS OF EXCELLENCE
For contributions to cultural safety, population health, and well-being in his community. 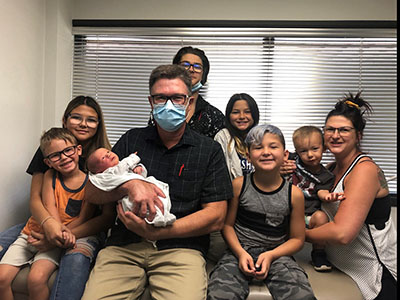 Dr. Paul Naude and his family moved to Canada in January of 1993 from South Africa. He started his practice in Loon Lake, Saskatchewan and relocated to Lloydminster, Saskatchewan and Alberta in 1998. His practice interests are maternal health and pediatrics with special interest in the social determinants of health, particularly related to the Indigenous women and children population throughout our Nation.

He has been married to Adel, a family physician for 35 years and they have four children. Outside of medicine and his family his interests include farming and the outdoor life.

Dr. Naude is also an Assistant Professor with the College of Medicine at the University of Saskatchewan.

Photo: Dr. Naude with a family of 7 children; all of whom he delivered! 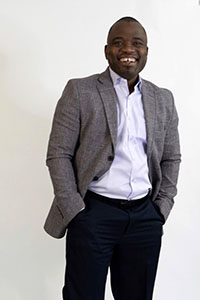 Dr. Ketiku obtained his medical degree at the college of medicine, University of Ibadan, Nigeria in 2004, and completed his postgraduate studies at the University of Saskatchewan through the Saskatchewan International Physician practice assessment program (SIPPA) in 2013.

He has practiced the broad spectrum of family medicine both in the rural and urban settings locally and internationally. He has worked in Moose Jaw, Kelvington and now Saskatoon.

Dr. Ketiku is in the business of providing exceptional care for his diverse group of patients from prenatal to the elderly. He enjoys supporting and caring for the elderly, having worked and volunteered with the agency for the aged in Nigeria. He loves to practice the full range of family medicine including care of the elderly, prenatal, preventative medicine, Pediatric’s and occupational medicine.

He is involved in the education and training of medical students and residents. He is an Assistant Professor at the College of Medicine, University of Saskatchewan and associate of the Canadian board of occupational medicine ACBOM.

He is also an examiner for the Medical Council of Canada and a practice Supervisor for SIPPA and the College of Physician and Surgeons of Saskatchewan. He served as the general secretary for the Regional medical association of the SMA in the Kelsey Trail health region while practicing in Kelvington. He is committed to advocacy and mentoring of others to achieve their goals.

Dr. Ketiku is happily married to Ibukun and blessed with 3 awesome daughters. He loves and enjoy playing soccer, biking, lawn tennis and travelling. He is grateful to God and appreciative of this humbling award and is thankful for the incredible staff at Willowgrove Medical Group who approach everyday challenges with humour and enthusiasm. It is a special place to work. 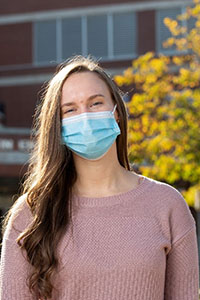 Jessica grew up in Moose Jaw and completed medical school at the University of Saskatchewan Regina campus. Her excitement for family medicine and community health was reflected early on in medical school through her roles as the co-president of the Family Medicine Club and co-chair of the Health Innovation and Public Policy Conference. She engaged in health advocacy through helping plan the provincial and federal lobby days organized annually by the Student Medical Society of Saskatchewan and Canadian Federation of Medical Students, calling attention to issues such as seniors care, reproductive health, and access to contraception. Jessica credits her most transformative experience in medical school to her time spent in Dillon, a Dené community situated on Treaty 10 territory. As part of her training for the Making the Links Certificate in Global Health, she lived with a family on reserve and took part in community and cultural events, along with attending a weekly remote health clinic. Jessica is a passionate advocate for family medicine, and she cherishes the strong connection, trust, and solidarity that forms between physicians and the communities in which they live and serve. Her dedication to Saskatchewan and its community of people is one of her greatest drivers. She is looking forward to continuing medical training in Saskatchewan through the Family Medicine Residency Program La Ronge site. Outside of medicine she enjoys cooking, camping, reading, and spending time with her family.