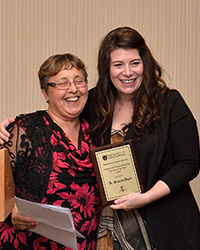 Our 2013 winner, Razawa Maroof was unable to attend last year so we would like to recognize her as well. Dr. Razawa Maroof completed her family medicine residency in Saskatoon and currently practices as a family physicians at the Regina Community Clinic. She received her fellowship with the College in 2013. She works with the Student Energy in Action for Regina Community Health (SWITCH) as a Physician Mentor, as well as with SIPPA as an assessor and evaluator. She has made a significant contribution to the immigrant and refugee community in Regina and has shared her expertise with many students and residents in the city. 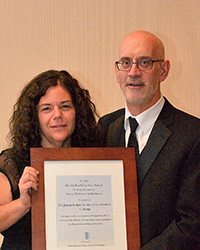 Dr. James Irvine, Professor in the Department of Academic Family Medicine, received his medical degree from the University of Saskatchewan in 1976 and Certification in the College of Family Physicians of Canada in 1978. His practice over the following four years included international work until he landed at the La Ronge Medical Clinic in 1982 where he continues to practice as a family physician on a part-time basis. In November, 1985, he was appointed the Director of Northern Medical Services where he facilitated access to primary care by remote communities in northern Saskatchewan. He served in this capacity until the 1990’s at which time he went on to complete an MSc in Community Health at the University of Manitoba in 1998 and subsequently become a Fellow of the Royal College of Physicians and Surgeons of Canada in Community Medicine in July of 1996. This resulted in his becoming the Medical Health Officer for the Athabasca, Keewatin Yatthé and Mamawetan Churchill River Health Regions.

He has also been engaged in knowledge mobilization with Aboriginal communities in northern Saskatchewan and has subsequently provided new knowledge to other communities such as family medicine, community health and public health via publications in peer-reviewed journals. Some examples of these publications are: Oral health in Indigenous communities; Community-Associated MRSA in Indigenous communities in Canada; An Outbreak of Trichinellosis due to Ingestion of Bear Meat infected with T. native in two northern Saskatchewan Communities; Risk Reduction for Type 2 Diabetes in Aboriginal Children in Canada; Radionuclides and Trace Metals in Canadian Moose near Uranium Mines: Comparison of Radiation Doses and Food Chain Transfer with Cattle and Caribou; and, A Case of Necrotizing Fasciitis due to Streptococcus pneumoniae serotype 5 in Saskatchewan. Dr. Irvine’s commitment to Aboriginal peoples in northern Saskatchewan over some thirty years is exemplary as is his practice, teaching and research. 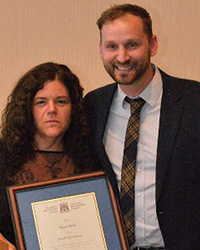 Ryan Meili is a Family Doctor at the Westside Community Clinic in Saskatoon and an Assistant Professor at the College of Medicine, University of Saskatchewan, where he serves as head of the Division of Social Accountability, director of the Making the Links Certificate in Global Health, and co-lead of SHARE: the Saskatchewan HIV/AIDS Research Endeavour. His 2012 book: A Healthy Society: How a focus on health can revive Canadian democracy has sold thousands of copies across Canada. Ryan also serves as vice-chair of the national advocacy organization Canadian Doctors for Medicare and is the founding director of Upstream: Institute for A Healthy Society.

Dr. Tootoosis is 41 years old, born and raised in Saskatchewan, and a member of Poundmaker First Nation. Her parents still reside there and it is 50km west of the Battlefords. She works in North Battleford and has done so since 2001. Dr. Tootoosis is married 11 years to Jamie Couillonneur a Corporal in the RCMP, he commutes to his post from the Battlefords. They have 2 boys, ages 9 and 5.

Dr. Tootoosis received her degree in Biological Sciences from Uof Alberta in 1991. She graduated medical school and finished Family Medicine residency in Saskatoon 2001. Currently she is the owner/operator aka “bossy person” of the North Battleford Medical Clinic. She is a regional SMA rep for Prairie North Health Region, and also a SMA Primary Care Committee member representing Prairie North Health region for the past 6 years or so.

Dr. Tootoosis is the site director for the U of S College of Medicine North Battleford Family Medicine Rural Residency Program. A new program in its second year. They currently house 8 fulltime residents in the program along with numerous visiting learners. Recently appointed to PHELO Medical Council of Canada Test Committee. Nominated by Dr. E. Tsoi of Estevan. Dr. Tootoosis has trouble saying no and her colleagues all know this. She claims that they submitted her name for the award to pacify her! Her mission still remains to get my colleagues to take over some of the non-paying jobs. 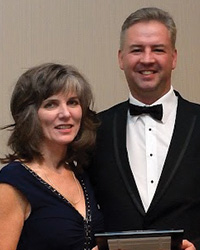 Nora McKee RN, MD, CCFP grew up in rural Saskatchewan in the town of Rockglen. She initially trained and worked as an RN and then entered the College of Medicine at the University of Saskatchewan. After her Family Medicine residency she practiced in a community practice for 6 years. Her clinical interests have always been low risk obstetrics and Palliative Care.
For the past 13 years she has worked in Academic Family Medicine and is an Associate Professor. She still has a full service family practice and teaches both residents and medical students. She has encouraged many learners over the years to make low risk obstetrics a part of their practice. Her other clinical interests include chronic pain management and Nicotine Addiction. She is a course director for an undergraduate program called Interprofessional Problem-based Learning, which encourages health professionals from various programs to learn together and about each other.

She is married with two children who are now both students at the University of Saskatchewan. She loves spending time at the family’s all-season northern cabin. She tries to find time to read fiction, go to spin class and be a dedicated Saskatchewan Roughrider fan.
Nora has always felt her job includes providing full service care, establishing long term relationships with patients and then modelling to students and residents how that can be a vocation.

Year II’s – North and South: This annual Award, established by Saskatchewan Board in February, 2001, provides $1,500 for each resident to attend the CFPC Family Medicine Forum. Conducted by random draw