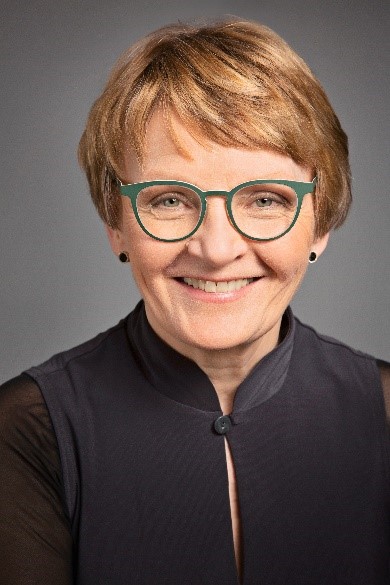 Cheryl Zagozeski always wanted to be a physician. After obtaining a BSc Honours from the University of Regina, she attended medical school at the University of Saskatchewan. She obtained her MD in 1983 and then completed her residency in Family Medicine in Regina. She received Certification in 1985, and Fellowship in the College of Family Physicians of Canada in 1999.

Her first five years of practice were at the Regina Community Clinic. In 1990 she joined the Department of Family Medicine in Regina where she served as Residency Training Coordinator and was an enthusiastic clinical teacher. She loved working and learning with the residents and made lifelong friends.

In 2013, Dr. Zagozeski returned to the Regina Community Clinic, where she is part of a dedicated team providing full service medicine. She is passionate about providing the best care possible for her patients.

She served on the Board of the Saskatchewan College of Family Physicians and was President in 1996. On the national front she was a member of the CFPC Ethics Committee and was an exam marker for many years. She is on the Medical Council of the Canada Therapeutics exam committee.

She enjoys reading, yoga, visiting with friends and walking (especially in Ireland and Australia).

Dr. Zagozeski and her husband, Alan Laughlin, have two daughters; Caitlin, a family physician in Edmonton, and Sydney, a chartered accountant in Sydney Austrailia. 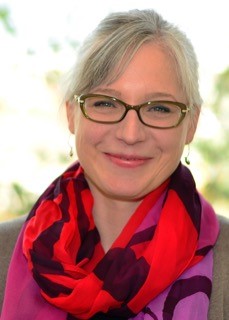 Dr. Reynolds completed her medical degree at the University of Saskatchewan in 1997. In 1999, she moved to Ottawa to complete her Family Medicine training at the University of Ottawa. She worked in a rural setting in Ontario for two years prior to moving to Calgary where she practiced community family medicine at Crowfoot Village Family Practice for twelve years.

In August 2012, the Reynolds’ relocated to Saskatoon. Janet worked at City Centre Family Physicians doing what she loves most, being a family physician. She was also involved with the U of S Department of Academic Family Medicine as a clinical teacher then transitioned to working at the Saskatoon site full time. With a passion for system improvement in the delivery of primary health care, Janet spent two years consulting with the ED Waits and Patient Flow Initiative. She joined the SCFP board in September 2015 and chaired the SCFP Patients’ Medical Home Committee.

Janet is now back in Calgary working as a family physician at Crowfoot Village Family Practice and has taken on the role of Medical Director for the practice. She also sits as a Calgary Zone representative for the Alberta Medical Association Representative Forum.

On a personal note, Dr. Reynolds is married to Chet and they have two wonderful children, Caitlan and Carson and two dogs, Wilbur and Hugo. 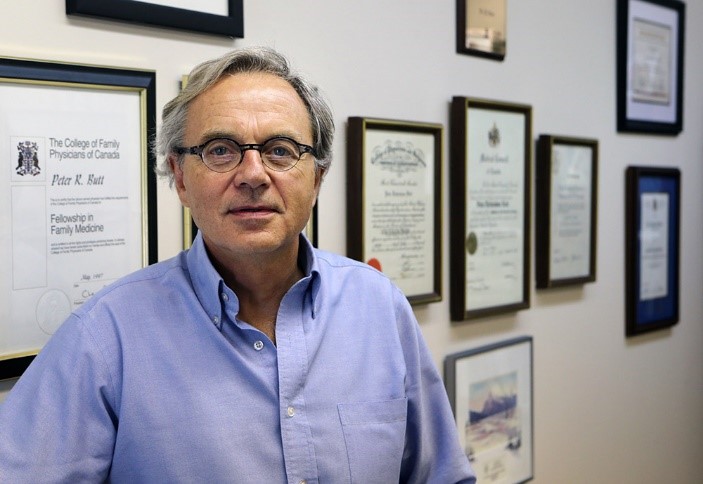 Dr. Peter Butt is a graduate of McMaster University and a Certificant and Fellow with the College of Family Physicians of Canada, with Special Competency in Addiction Medicine. He is an Associate Professor in the Department of Family Medicine at the University of Saskatchewan and serves as a consultant in Addiction Medicine in the Saskatchewan Health Authority. In addition to his research, teaching and clinical work, he has served on the Canadian Centre on Substance Use and Addiction National Alcohol Strategy Advisory Committee, chaired the Canadian Alcohol Low Risk Drinking Guidelines Expert Advisory Group, co-chaired the Standard Drink Label Working Group, and is a member of the National Recovery Advisory Committee. He was the physician lead on the College of Family Physicians of Canada Alcohol Screening, Brief Intervention and Referral project, and contributed to the development of the criteria for Certification in Addiction Medicine. Provincially he was the physician lead on the Saskatchewan “Take Home Naloxone” project and serves on the provincial opioid and methamphetamine task forces.
He lives outside of Saskatoon, is married to Cree poet Louise Halfe, and has 2 children and 3 grandchildren.

Family Medicine Teacher of the Year 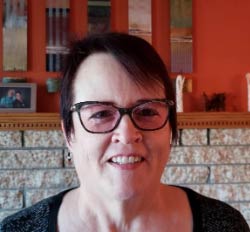 Dr. Carmen Johnson was born in Regina and received her medical degree from the U of S, College of Medicine in 1991. At graduation, she received the Dr. Ernest McBrien Award for Family Medicine. She completed her Family Medicine Residency program in Regina in 1993. During her residency training, she received a nomination for the Dr. Murray Stalker Memorial lecture. This is a national award, honouring a senior resident in family practice who is an exemplary person and demonstrates academic excellence.

Dr. Johnson immigrated to the United States in November 1993. During the next 9 years, she worked in Sidney, Montana, and other nearby small rural communities providing family medicine and emergency care. She held several medical staff positions at the Sidney Health Center and became the Medical Director the Hospice Program and Medical Director of the Mondak Family Clinic in Fairview, Montana, while continuing a busy family practice. During these years her interest and expertise in pain and symptom management, addiction, as well as hospice and palliative medicine continued to grow. In July of 2002, she took an opportunity to move to Duluth, Minnesota to become the Associate Director of the Saint Mary’s/Duluth Clinic Pain Management Program. After gaining invaluable experience there, Dr. Johnson returned to providing rural family practice and emergency medical care to several communities in northeastern Minnesota. Dr. Johnson moved back to Saskatchewan in June 2008 to take on the role of Medical Director of Palliative Services in the RQHR. She also served as an interim Medical Director of Sheridan Memorial Hospital and Rural Health Clinic in Sheridan, Wyoming from November 2012 – February 2014.

Academy of Pain Management since 1997. She also achieved Diplomate status with the American Board of Addiction Medicine in 2000 and has since received Fellow status. In 2001, she was chosen to be a Faculty Scholar with the Harvard Medical School Center for Palliative Care. She has also held certification as a Medical Review Officer (urine drug testing consultant) and has been a member of the American Society of Pain Educators. She is presently pursuing training as a Canadian Certified Physician Executive through the Canadian Medical Association.

Dr. Johnson loves to travel. She and her spouse Kathy are presently building a tranquility resort in Bali, Indonesia.